So I reckon this is pretty much it now in terms of how this plays out. Trump will break with tradition and won't offer a formal concession speech - but will whine continually on Twitter from now until the day he dies about the election being stolen from him. He'll issue a number of legal challenges, but they'll come to nothing as the various states formally submit their totals. I reckon at that point the federal funds will formally be released to Biden to start the transition process in earnest and he'll start receiving the daily security briefings. I would be gobsmacked if Biden or Harris get the traditional invite to the White House and photoshoot between now and when he's finally sworn in. Not that Biden needs to worry about that - it isn't as if he doesn't know his way around the building...
www.twitter.com/quinny265


I reckon that's about the size of it - and, all joking aside, how long will it take to give every inch of that huge Covid hotspot a thorough deep clean before it's safe for human habitation? 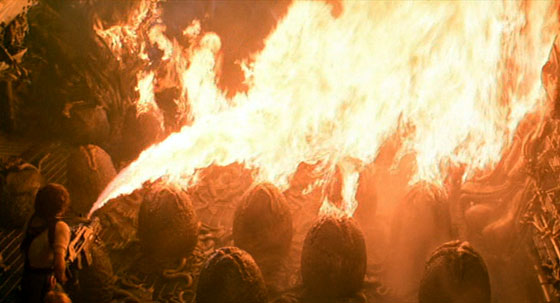 
MickyD wrote: I reckon that's about the size of it - and, all joking aside, how long will it take to give every inch of that huge Covid hotspot a thorough deep clean before it's safe for human habitation?

They could always ask the Royal Marines to do it... again.
The amount of people that confuse 'to' and 'too' is two damn high!


It took me a while to get that reference.


Apparently HM the Queen was going to retire next year to allow Charlie a few months in the job before handing over to Bill. Today’s news that there will be a five day weekend in 2022 to mark her diamond jubilee as monarch is no doubt also to allow Joe, Jill and their mates Barak and Michelle a chance to visit and to join in with the celebrations.

A 5 day knees up is so much better than the tea and scone offered to the big orange baby.
The amount of people that confuse 'to' and 'too' is two damn high!


Well, I don't know if all the networks have called Georgia yet, but a lodda people - a lodda people - now have. That means that, with delicious symmetry, Trump will indeed lose the Electoral College by 306-232, exactly the same margin by which he won it four years ago, when he and his goon squad loudly crowed over and over again about a landslide, a shellacking, a historic victory. Trump even called it a slaughter at least once.

The difference is that Trump lost the popular vote by a mere 3 million in 2016 while this time he's lost it by well over 5 million. Now that's a shellacking.
PIES - Pilgrims In East Sussex


I had to smile (or maybe sneer) when I read of Trump describing today's Million MAGA March in Washington DC as "organic", as if it had somehow just blossomed naturally from the righteous idignation felt by all the Trumpflakes who are still pretending that the election was stolen.

Well, knock me down with a feather: Stop the Steal's massive disinformation campaign connected to Roger Stone
PIES - Pilgrims In East Sussex


Before 2016 election Trump talked about setting up his own media organisation before the shameless Fox News and Rupert Murdoch backed him into power. Now it appears this love in could appear to be breaking up and there is talk of Trump returning to the idea of his own news network.

Surely we should wish Trump every success (only in this venture) and welcome a clash between the two lying evils of Trump and Murdoch that would divide Fox's viewiing base as Trump takes his loyal cult followers with him.

Wishful thinking, I know, but a media war between the two could hopefully weaken both.
Formally reigate_green.

And there's his concession. Of a kind....
www.twitter.com/quinny265


Having become a little complacent just lately I have to say that I'm getting increasingly worried again about something that hasn't stopped nagging at me even since Biden was seen to be such a clear winner: that the Trump administration and the GOP really are going to try to turn this situation into a coup. My fears were summed up today by Nesrine Malik in the Guardian:

Instead of preparing for, and heading off, the worst-case scenario, and despite all the norm-shattering of the past few years, a stubborn American exceptionalism still remains, one that in sage tones calms any fears of a Trump takeover. The Biden camp has chosen to carry on with a transition process during which they have not even been allowed to access messages of congratulation, and still use no stronger language than calling Trump’s refusal to concede “an embarrassment”.

The whole episode is “terrible for democracy, but ultimately a bad case of Trumpian bluster rather than an ominous portent of tanks in the streets” predicts the New Yorker. When a person is robbed of power, “they immediately become less scary”, Slate tells us. “Thank goodness Trump is too incompetent to properly organise a coup,” says the Washington Post. But, as the author Talia Lavin put it, “it is almost as if mainstream political journalists in the United States suffer a kind of Promethean ailment: each morning, an eagle draped in an American flag swoops down and removes their temporal lobe.” The lesson they are constantly unlearning is that with Trump, things seem unthinkable until they are inevitable. And by then, it’s too late.

The appointment a few days ago of several loyalist Trump hacks into most of the top Pentagon posts has me very worried in itself. Was it just pure spite to sack the incumbents for resisting some of his crazier urges (always possible with Trump), or is there more to it?
PIES - Pilgrims In East Sussex

My thoughts exactly as I scanned down some of the messages on his account. However, I did come across this before I realised what I was doing and vacated. I have to say an inspiring concession speech that Trump could not even begin to articulate, let alone write