MickyD wrote: I don't know how closely others have been following this, but in recent days there have appeared large numbers of heavily armed men on the streets of Washington DC whose uniforms show no insignia or names or any identifying markings at all. In other words they're totally unaccountable, and for that matter nobody can even be 100% sure that they're official.

They are called the National Guard

Absolutely incorrect. As I said, they were showing no identification whatsoever. Be careful with the face palms or you risk making yourself look like an ignoramus.
PIES - Pilgrims In East Sussex


Here we go again - it's time for another spin on the merry-go-round of madness.

John Bolton, who put his own bank balance before the security and future of his own country by weaselling out of testifying during the impeachment proceedings, has now (almost) released his long-awaiting book. Trump and cronies are desperately trying to block publication but there are already lots of preview copies out in the wild, and they're being extensively leaked.

So far it's largely the usual "shocking and appalling self-serving corruption and criminality but at the same time not at all surprising" stuff - with some notable exceptions, such as...

During the meeting, Trump said journalists should be jailed so they would have to expose their sources, Bolton wrote.

“These people should be executed. They are scumbags,” Trump said, according to Bolton's account chronicled in the memoir, “The Room Where It Happened.”

Trump himself is, of course, having no problem calling Bolton a liar (and that old chestnut, a disgruntled former employee and its variants) but Bolton is the ultra-conservative hawk's ultra-conservative hawk, who's been part of the Republican establishment for decades, so it's going to be far more difficult this time around for all the GOP lickspittles to discredit him as shamelessly as they have so many who have gone before him.

My guess - which is not a guess at all: they'll all be more desperate than ever to run a mile whenever they find themselves within a hundred yards of a microphone or a camera. Profiles in courage, indeed.


Well, here's a thing, which may or may not prove significant in the coming months.

This is apropos of nothing in particular, really, other than to highlight for the umpteenth time the terrifying depths of utter madness that Trump has unleashed in America. It's no wonder that so many white evangelicals love him - they've been pulling the same trick for ever (or falling for it, depending on which side of the pulpit they stand).

I see that I haven't mentioned 1930s Germany in this post yet - ah, that's better.

“He’s the Chosen One to Run America”: Inside the Cult of Trump, His Rallies Are Church and He Is the Gospel

Speaking of that certain country at that certain moment in time: Tulsa, Oklahoma tonight may just be looked back on as a watershed moment in US and world history. The particular time and place are potentially a confluence of several raging torrents of history, and I have a feeling that things will not be at all pretty - never mind the Covid fallout of possibly thousands of infected people going back home and delaying the second wave only in the sense that they're just contributing massively to the first wave that has nowhere near abated yet.

Blessed are the meek. 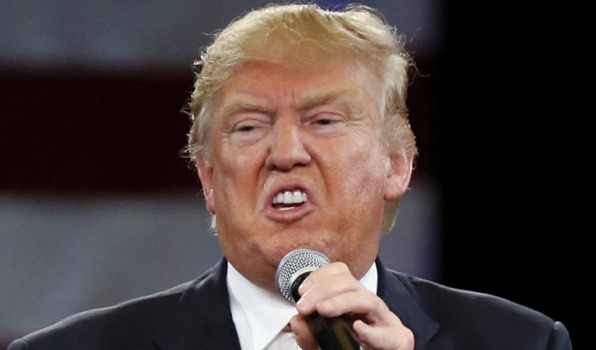 
It's actually quite frightening that he is becoming a Charles Manson / David Koresh type of cult figure, but on a national scale, whose followers believe his childlike dictat, tweets and misspelling carry hidden messages.

The bible bashing Mid West and Deep South evangelicals view this creep as some sort of messiah, and will follow him over a cliff.

If Americans vote him in again we should, in the UK, seriously take stock and think twice about any "special relationship' with a country that has the potential to become the Waco of the world.
Formally reigate_green.


I think the special relationship is already dead, actually - although there'll be much forlorn talking it up as we get comprehensively slaughtered in our post-Brexit trade deal with the US.

I'm pleased to say that if last night was any kind of watershed, it wasn't at all what I feared: it perhaps signalled the end of Trump as a serious 2020 candidate - although I'm painfully aware of how often he's been written off over the last few years, so let's not get carried away.

Still, the Trump campaign had boasted that a million people had applied for tickets, but in the end they couldn't even fill the 19,000 seat auditorium - there were large empty spaces on the top tier. Aside from that, they'd set up a stage for an outdoor overflow event at which 40,000, in addition to the indoor crowd, were expected to hear the messiah's words first hand. They ended up cancelling that altogether and dismantling the stage because... 25 people were in the overflow area. Inevitably the Trump campaign then lied about it, ludicrously claiming that protesters had blocked the entrance - and held back 40,000 rabid, gun-totin' Trump supporters, apparently

(All journalists present confirmed that nothing of the sort happened - there was just nobody there.)

So, either Trump has seriously lost his lustre and pulling power - at his first live event in over three months, no less - or surprisingly large numbers of his supporters don't believe a word he's been saying on Covid, and had the good sense to defy the mighty one and stay well clear. Either way, that's not a good look at the launch of the campaign.

Oh, and it was announced before Trump's arrival that six of his "advance team" had tested Covid-positive, which must have been a nasty little reminder to Trump and all his fellow deniers.
PIES - Pilgrims In East Sussex


In the 2016 election, the blond wonder, was always going on about ‘draining the swamp’.

With recent events, and especially the current handling of getting rid of AG Bergman , Trump is now the swamp.

He is more corrupt than anybody. He is now getting rid of people in order to protect his lawyer Rudy , another corrupt individual


Yes, Trump has never been anything BUT swamp, and that Bergman situation is just the latest in a very long line of flagrantly corrupt acts enabled by AG Barr.

Well, it's been a long time since we libtard snowflakes have had good cause to gloat, but the numbers are now in for the Trump rally. A staggeringly low 6,200 were in the auditorium, meaning that it was under one third full when they were confidently expecting 100,000 (their figure) in and around the event. Trump reportedly has spent the weekend absolutely livid.


There was a trend on social media networks amongst teenagers signing up for tickets under false names.

They were trying to full out the arena and outside stage so no Trump supporters could get tickets.

I wonder whether the sign up process will change for the next few events to account for this.

Fingers crossed the event cost way too much money and they'll have to dial back.


About 15-20 years ago I distinctly recall a news report that the Russian government had compiled a dossier about the US and the real possibility, in their view, of it imminently breaking up through internal strife and division. I wonder if they’ve dusted off just recently.


Emeraldinho wrote: About 15-20 years ago I distinctly recall a news report that the Russian government had compiled a dossier about the US and the real possibility, in their view, of it imminently breaking up through internal strife and division. I wonder if they’ve dusted off just recently.

I'm sure they never put it away! (And in particular I bet they couldn't believe their luck when smart phones and social media came along - talk about the gifts that keep on giving.)

Well, I now have my illegally leaked copy of John Bolton's book, a day before its official publication and available on all good torrenting sites.


The scariest thing about Trump will be the manner of his going. Remember that to this day he refuses to accept the result of the 2016 election!!.... As far as he's concerned he won the popular vote (Clinton actually got nearly 3million more votes) but 'deep state' tried to rig the election but failed.

There isn't a cat-in-Hell's chance he'll accept an actual defeat. God forbid it's a narrow win for Biden which quite likely would be down to mail-in ballots that would tilt the balance the following day. I genuinely fear we would see armed conflict in such a scenario. Trump would certainly mobilise his 'patriot' nutters to surround the WH. It really could come down to which way the generals jump - like any other dodgy dictatorship. Let's pray that Biden wins by a big enough margin.... Trump and his loons will still scream about it being "the biggest fraud in human history" blah, blah but the vast majority will ignore them. But a narrow defeat?.... The internet will go into meltdown with the Conspiracy theorist numpties and fake news A-holes.

He's already preparing the ground - already predicting it will be rigged and claiming mail in ballots will be forged by the Democrats & their foreign friends - not that he has a shred of evidence but that's never bothered him. His poll ratings have plummeted so the onslaught is in full swing.....

https://www.google.co.uk/amp/s/www.inde ... html%3famp
Smarter people than I have been total idiots - and I've met them all.


Yes, however it works out it's going to be extremely ugly, because Trump will make certain of that - but for now at least, what an absolute pleasure to see him looking so utterly dejected stepping off Marine One on Saturday night back at the White House following the farce of Tulsa - and that was after the flight back, during which he'd had plenty of time to compose himself. He even had an unbuttoned shirt and open, dangling tie, which I for one had never seen before. He looked haunted and defeated, which frankly is a bloody wonderful sight to anyone with a conscience. I know it won't be that simple come election time, but I'll take it to be getting on with!