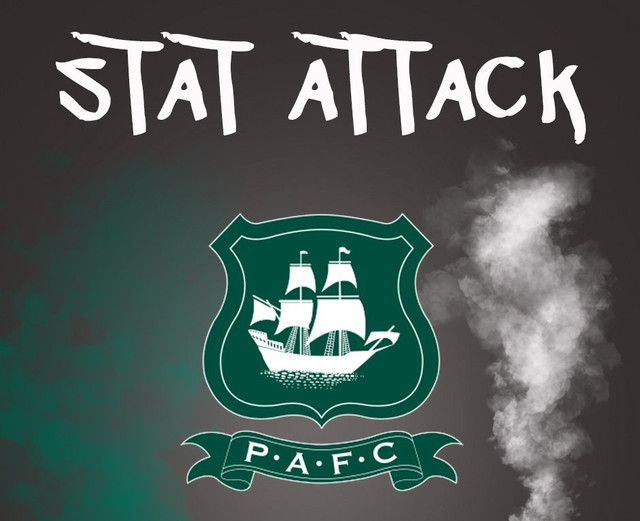 League Two stats:
Argyle have made an average of 375 short passes per game this season, the third highest in the league and played an average of 68 long balls - the lowest amount.
24% of Argyle's goal attempts have come from the left side, 62% through the middle and 14% from the right side.

Argyle's average 'action zones' during games is 30% in own third of pitch, 42% in middle third (joint highest in the league) and 27% in the opposition third - the second lowest.
On average Argyle have 53.1% of possession and 76.5% of pass accuracy - both the fourth highest in League Two.

The club clarify the ticket policy following the postponed Grimsby Town game - fans who cannot get to the rearranged game or cannot use a credit note will be offered a refund ... 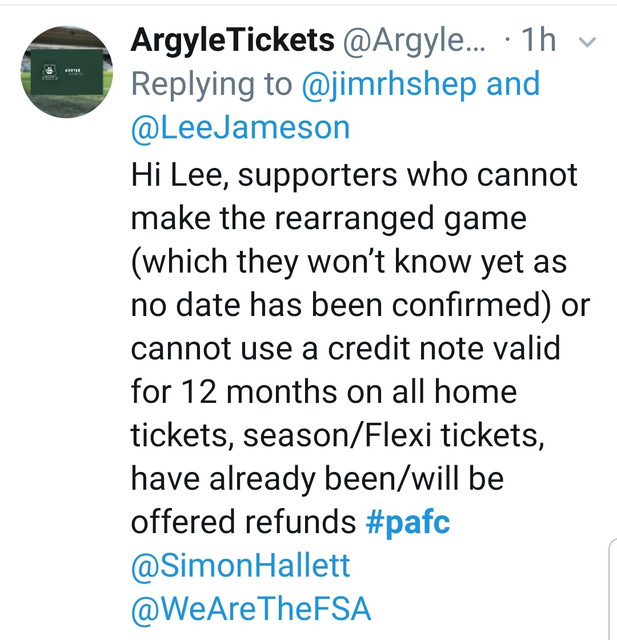 Derek Adams has moved up to fifth favourite for the vacant managerial position at Morecambe with odds of 8/1 at Sky Bet.

The game against Forest Green Rovers will be beamed back to Home Park .... club website

Ryan Lowe has stated that he has a fully fit squad apart from midfielder Jose Baxter. Conor Grant and Dom Telford have recovered from their injuries and returned to training.

Derek Adams is confirmed as the new manager of Morecambe on a two and a half year deal ... Morecambe club website

Are you referring to the ticket refund or the appointment of Derek Adams as the new Morecambe manager?
Nobody plans to fail, they fail to plan.
Post a reply
Previous Next
3 posts Page 1 of 1
Return to Plymouth Argyle Fans Forum