Argyle (and Bristol Rovers) are ball number 64 in the draw for the Third Round of the FA Cup which takes place this evening at 7pm live on BBC2. 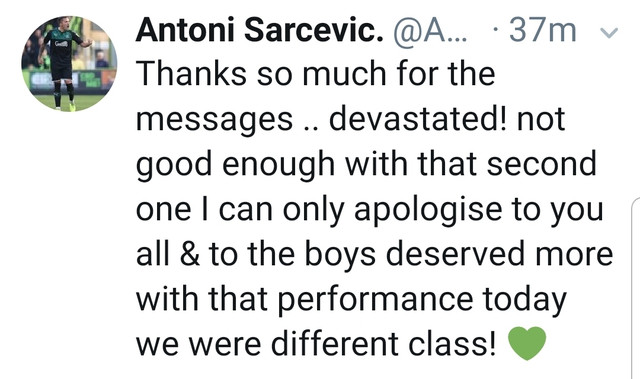 "We hope not to appeal it, we hope common sense will prevail. Should the referee refuse to look at his error, we will appeal it for sure.
"All I’d ask would be if the official could kindly look at the footage, admit his error and rescind the red card so the lad can get back focused on his football."

“I think, especially in the first half, we played really well. We probably just needed to be a bit more clinical up top and just put one or two of those chances away, it could have been a different game then.
“Credit to the boys, we fight back, and we nearly got ourselves to the win that we wanted, in the end, but unfortunately it wasn’t meant to be.”

The club confirm the FA Cup replay date as Tuesday 10 December with a 7.45pm kick-off.

"From my point of view both penalties looked like the ref got them wrong. They looked harsh.
"The first one looked like the guy went down easily, and the second one looked like he tumbled over by himself, and the ref said Rollin pulled him back but if you pull the player back you're not going to fall forward. It made no sense, so I think he got them wrong.
"When you get two penalties from the same game you try to play a little bit of mind games. Is going to go the same way or if he is going to change?
"I was confident he was going to go the same way, but luckily my size 12 foot was in the way and I saved it.

Argyle/Bristol Rovers will play Coventry City or Ipswich Town at home in the Third Round of the FA Cup.


Anyone know if any part of the grandstand redevelopment will be open for the FA cup replay with Bristol Rovs?