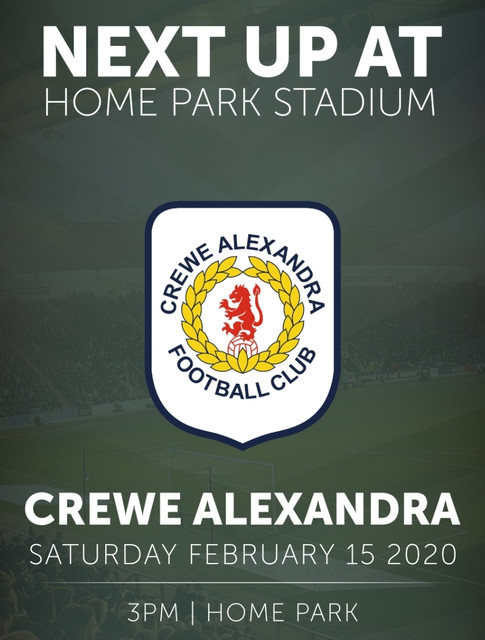 The Countdown to Crewe

The referee for the game is Tom Nield who has issued 87 yellow cards and two reds in 26 games this season, he was last in charge of an Argyle game in September 2018 when the Pilgrims lost 3-0 at Portsmouth. He will be assisted on Saturday by Paul Kelly and Home Park regular Justin Amey while the fourth official is Ross Martin.

Crewe fan Matt Owen has kindly agreed to give Pasoti users an insight into his club with a Q&A ...
Q: What are your thoughts on Crewe's January transfer window business?
A: The best bit of business was having no outgoings, was a real concern that with the start we made that the vultures would circle. That didn’t materialise and we managed to keep the squad together for the run in. In terms of incomings just two, Michael Nottingham has come in on loan from Blackpool and added height and presence to our backline which was done to the bare bones. Stephen Walker has also joined us from Middlesbrough on loan, has good pedigree and has been an England Youth International but still finding his way in the professional game.

Q: What are your views on manager David Artell?
A: Initial thoughts when got the job were mixed, but his knowledge of the youth players, the way he works with them and the character he has built with this squad has to be applauded. Has great knowledge of the game and is a winner. At the moment he can’t do no wrong. Showed signs of inexperience when he first was put in charge but has learnt from mistakes and now is a real good league 2 manager.

Q: Given your good form over the season have expectations increased for a top three finish?
A: Expectations have certainly increased but I don’t think too much pressure to deliver top 3, the team have been quietly going about their business and playing some wonderful football in the process, we are more than capable of a top 3 finish that is for sure.

Q: Has Crewe's style of play and formation changed or evolved over the course of the season?
A: Nope we pretty much still try to play good attacking football utilising the full backs, of late we have had to grind results and not as free flowing as we were earlier in the season but this team always looks to get it down and play.

Q: Given the recent financial problems and ownership issues of lower league clubs are Crewe in a stable state at the moment?
A: The club are in the process of finalising a deal to buy out major shareholder Norman Hassall, of which the fans have staked £250k and will have a rep on the new look board, finances are always tight but always cut the cloth accordingly and don’t see that changing any time soon.

Q: Looking from afar what are your views on Plymouth Argyle?
A: Plymouth are a massive club for this league with a big catchment area, been a few times and always found it a friendly place to visit.

Crewe have lost just once in the last 10 league games which was a 3-1 defeat at Swindon Town.
Crewe's away record is won seven games, lost four and drawn four.

The early weather forecast for the game is heavy rain and 50+mph wind. 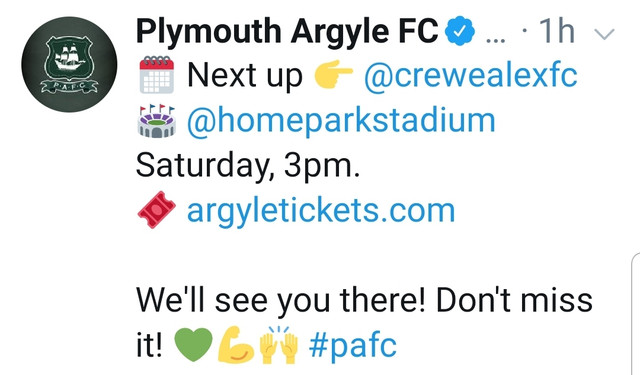 Antoni Sarcevic, George Cooper, Conor Grant, Joel Grant and Byron Moore have all played for Crewe during their respective careers as well as manager Ryan Lowe and his assistant Steven Schumacher. 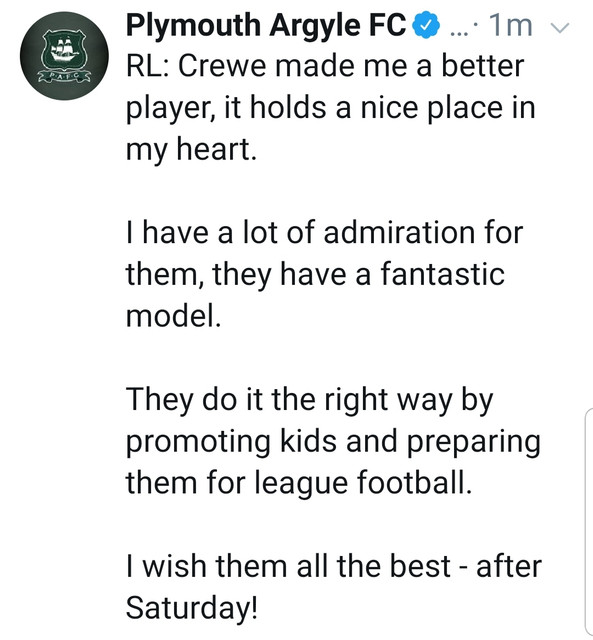 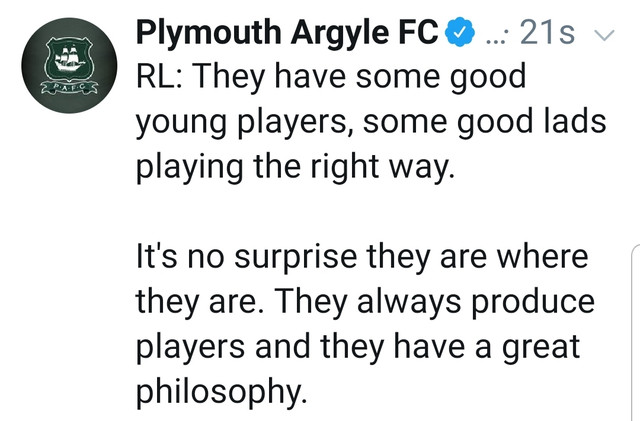 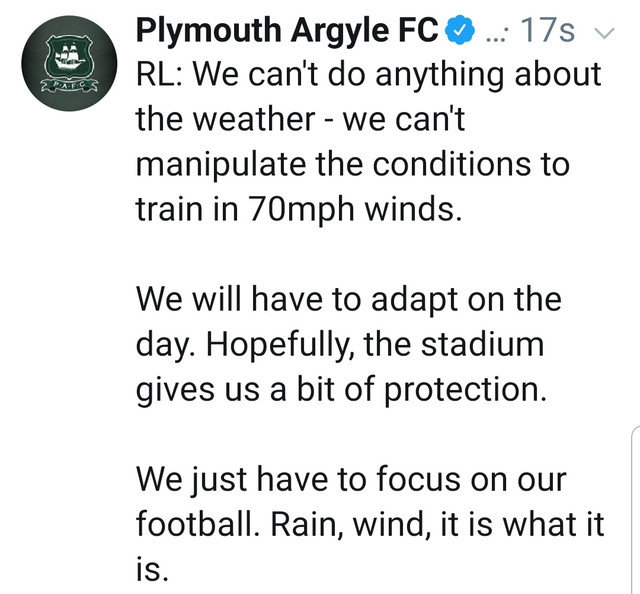 Crewe Alexandra will assess the fitness levels of forwards Chuma Anene and Daniel Powell before deciding if they fit enough to travel with the squad to Plymouth Argyle this weekend. 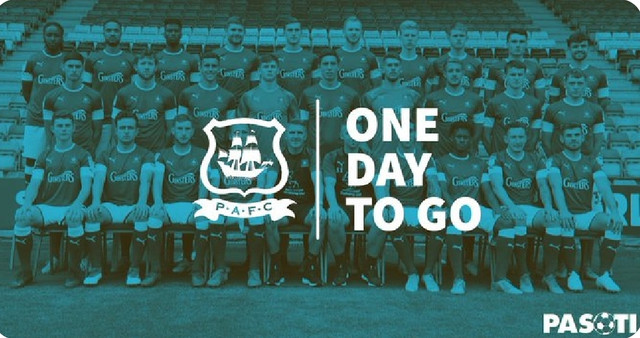 The Crewe squad will travel to Plymouth on Friday afternoon despite the threat of a postponement.... Cheshire Live

Crewe manager David Artell looks ahead to the game ....

“It should be a good game and we will have to see how it pans out. We have to make sure we are on the right side of the result.
“I am not surprised that Plymouth are up there with us, especially with the resources and players they have at their disposal. They have a terrific fan base and get good crowds.

“They are a big club for the league and have a good team.
“Ryan Lowe has done a good job. He has a good budget but that doesn’t necessary guarantee success. It is not easy with money because with that comes more expectation.
“We are two good teams and these are the games you want to be involved with.”

The game is still on: A club spokesman talks about the weather ...

"We are, of course, aware of the weather forecast for the weekend, and will continue to closely monitor conditions.
"There is no reason, at present, to suppose that that our top-of-the-table game against Crewe Alexandra is in jeopardy.
"If that changes, we will immediately inform supporters through the club’s communications channels, including the official website, http://www.pafc.co.uk.”

A message from Target Travel ...

PAFC Football Specials will be running for the last time tomorrow 15th February 2020.
PA4 will not be operating through Southway, Whitleigh, West Park due to lack of staff, we apologise for this but there will be dupes on the PA3 from The George Park & Ride.
Unfortunately no other operator has come forward to take these routes on but we have tried.
We would like to Thank you all for your loyal support. COYG. 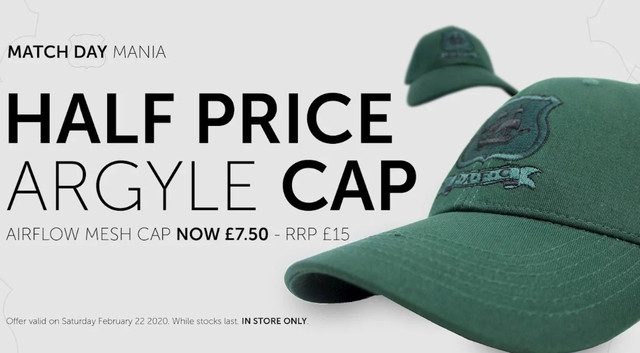 “Everyone knows what I think of Crewe and I know what they think of me, so it will be interesting and I’m looking forward to a good game of football, played on the floor. It is two good teams locking horns for three points."

The club confirm the game is definitely ON ...
club website
Fans can swap seats from the lower grandstand to a more sheltered area. 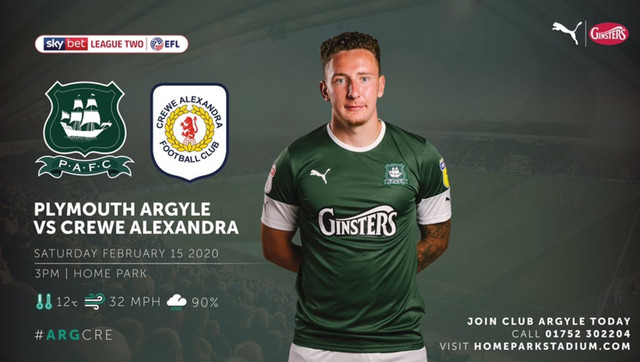 The game is confirmed as ON.


Hope they have screwed the roof down !! storm Dennis on the way for Saturday


It'd be a damned shame if this potentially cracking game between 2 in-form teams (together with a big attendance) was ruined by the weather and it turned into a lottery.


Quote “ he cannot do no wrong “ grammatically that actually means he can do wrong - hopefully he gets it wrong Saturday!


What are the chances of this one being called off given the awful weather forecast? I’m back in the UK for what will only be my second game of the season, and in all likelihood last (Mansfield last month was my first), so I’d be devastated if it went. Would completely understand if the club did have to abandon ship for this one though, they must have some difficult decisions to make around fan safety.

The wind will be the problem with gusts of 60mph forecast.
The Man City v West Ham game last weekend was postponed in the interests of supporter safety so when does the Safety Officer make the call - will it be on Friday to stop Crewe from travelling or take a chance and see what Saturday brings?


Hopefully we will be given the GREEN light in plenty of time for this game to be played.

Don't want Argyle or Crewe supporters travelling and having a wasted journey in potential dangerous conditions.


Not sure it’s going to go ahead,what with all the rain forecast and strong winds too.


Brussels Bureaucrat wrote: What are the chances of this one being called off given the awful weather forecast? I’m back in the UK for what will only be my second game of the season, and in all likelihood last (Mansfield last month was my first), so I’d be devastated if it went. Would completely understand if the club did have to abandon ship for this one though, they must have some difficult decisions to make around fan safety.

To be fair to the visiting Crewe fans a decision needs to be made by no later than early on Saturday morning. Pitch / stadium inspection at say 9-10am. There has been plenty of warnings already about the bad weather that is coming and although this might put off some from coming to Plymouth some might travel in the hope that the game does go ahead.

Whilst none of us want a postponement and another re-arranged game later in the season, spectators safety must be the number one priority. Given the weather forecast there has to be some doubt over the match taking place.

To those who say the weather forecasts aren't always right, maybe not always but they are usually not far off. The weather last weekend for storm Ciara was exactly as predicted.

) so no need for a pitch inspection, it's the strong winds that will be the issue and supporter safety.


Obviously the Crewe supporters need to know as soon as reasonably practicable, but they will need to be setting off by 8am latest I would think and it’s unlikely a decision will be made before then. That said, we aren’t talking of vast numbers of them. They took just over 400 to Cheltenham so unlikely to be more than 200 coming all this way. Probably more Argyle fans travelling long distance for the match than that. Those travelling long distance, whether Argyle or Alex are either going to have to take a risk that the game might be off and chance it, or check the early morning weather forecast and give it a miss if they feel they don’t want to brave the elements so to speak. I was full of admiration for those who travelled to Salford in the week, because there was real potential for snow that day and when it comes down, it really comes down up there.

I drove ALL the way from Exeter for the Grimsby match which was postponed late in the day. Annoying, but not nearly as annoying as it must have been for the 2 coach loads of Grimsby supporters I passed going back up the A38!

Having arrived at HP for the Grimsby game to find out it was off, I would also appreciate an early decision tomorrow !
Post a reply
Previous 1, 2, 3, 4 Next
40 posts Page 1 of 4
Return to THE Plymouth Argyle Fans Forum