@pasoti1
General The Plymouth Argyle Grandstand Refurbishment
All posts regarding the year long refurb of the Grandstand
Sponsored by Desmond & Co
54 posts Page 2 of 5
Post a reply
Previous 1, 2, 3, 4, 5 Next


I see the angle of the pipe brining the water above the main entrance is allowing the water to flow over the top and not all down the pipe. I hope a member of the building staff are watching.


Biggs wrote: Believe it or not, different people at the club have different jobs.

I suspect the person managing the football team isn’t also in charge of the interior design.

But all expenses come out of the same pot.

PennyX wrote: Is the main entrance nearly finished? Doesn't look like the one in the designs. Also why haven't they started on the seating lower tier while we have good weather? Apparently bad weather for next week

daront wrote: Its about presentation, professionalism and first impressions for future players and investors

Totally. It’s the little touches that make somewhere look as if it’s a premium facility and... relevant to attracting players and staff... ‘going places.’

Thankfully Simon Hallett agrees, as he specifically mentioned Andrew Parkinson’s attention to detail and those little touches at Anfield, that he was so impressed by when we played Liverpool.

We are a second division club with a mid table team. Lets concentrate on the more important aspects of running a club like the players! Little touches can wait until we have achieved something.

“Little touches” as you describe them, will not add any significant cost or time to the project but they may significantly improve the overall visual impression of the Ground and reinforce our identity. They are features which you will see at virtually all Premiership and Championship stadiums.

Such”little touches” off the field will have absolutely no effect on matters on the field, but that’s because there's no correlation between them.

Looks like the shop sign is up. Looks lovely, very of the period.
“Golf can best be defined as an endless series of tragedies obscured by the occasional miracle.” 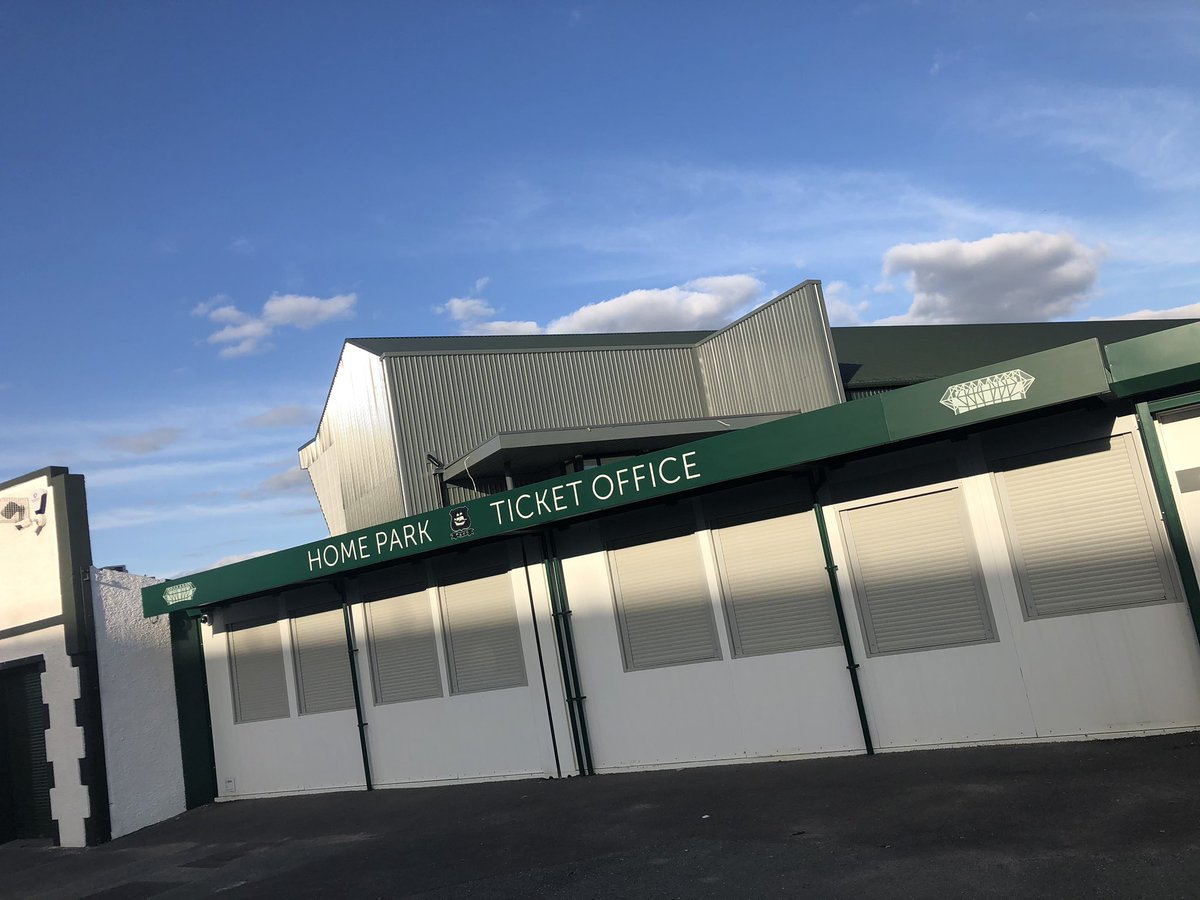 Gluten Free by the Sea: http://gfreebythesea.me

Well, it is the shop, not the main entrance, I think people should be told!!

Which do you prefer 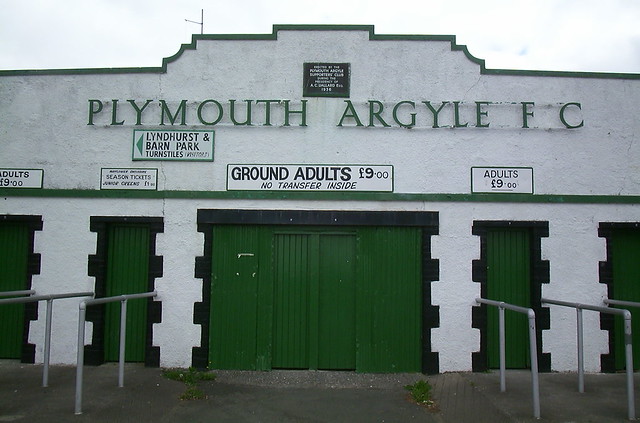 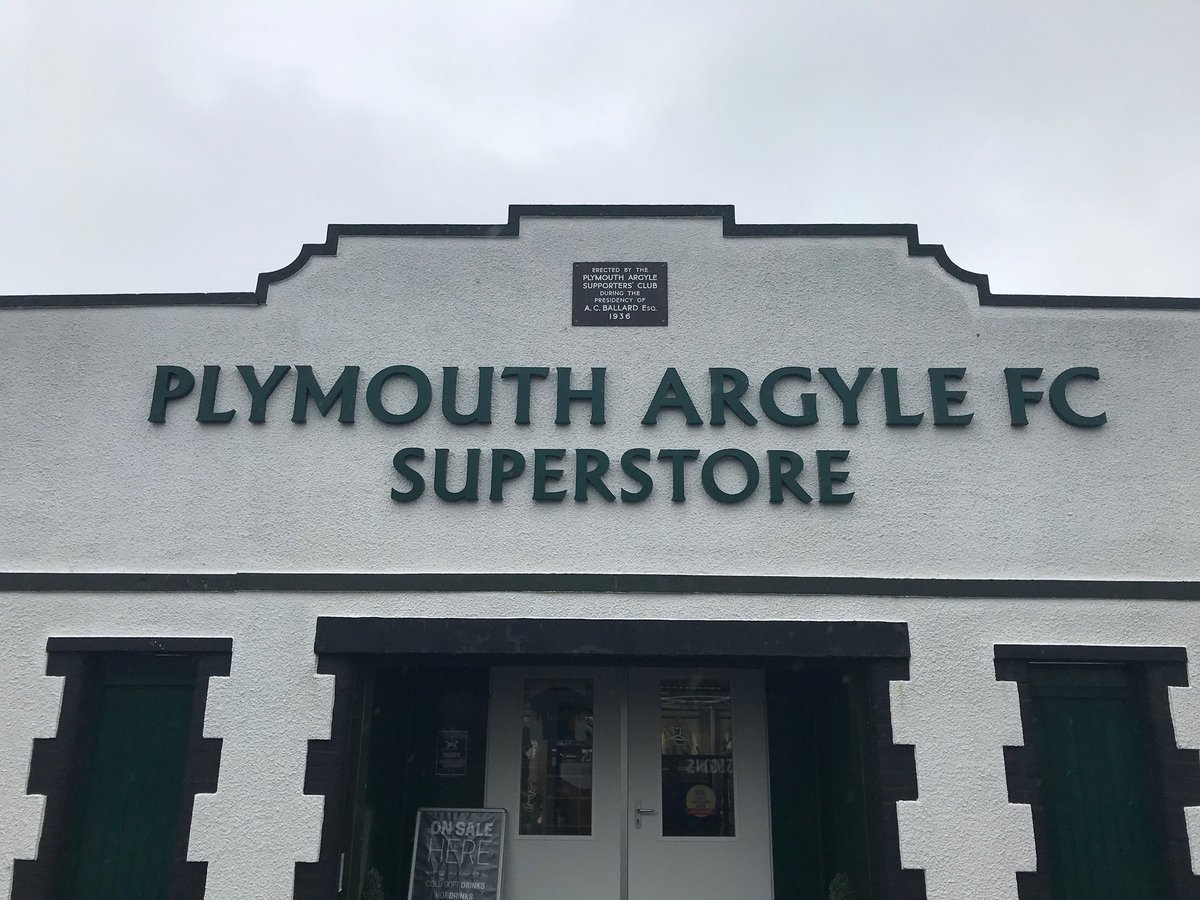 
Looking very smart but I still think ‘Superstore’ is a bit OTT for a mere shop?

Emeraldinho wrote: Looking very smart but I still think ‘Superstore’ is a bit OTT for a mere shop?

Yes but I believe it was called that when it was in a portacabin?

Personally I might have called it 'Shop' but, at the very least, I would have dropped the word down away from the main Plymouth Argyle FC on to the green 'string' below to separate them a bit. Looks good anyway so I'll sleep tonight!!

Users browsing this forum: No registered users and 23 guests