Hello Pasoti Peeps it's your old Uncle Ken again and welcome to your 50/50 brief.

The team are really flying at the moment, they just can’t stop winning. After two great away wins and with home games coming up we have a great chance of getting in the automatic promotion spots. The 50/50 team always celebrate after a win with the traditional wine and meal on a Saturday night, talk about a dry January more like a wet one hic. The future is Green.

At the recent Swindon game one young man won a fantastic cash prize of £1,200 and although he wanted to remain anonymous (the 50/50 committee always respect the winner’s decision), I did have a nice chat over the phone to him. He was overjoyed with the win as he always buys tickets for the 50/50 draw. His wife went on a mad shopping spree but he did however manage to save some for his next season ticket. Well done sir. One person had phoned me up on the same evening after the Swindon game and told me he was just one number away from the £1,200 cash prize and asked if it never got claimed could he claim it. I told him that was fine knowing it had been claimed - so hard luck Rick Cowdery PAFC Head of Communications and better luck next time. Just buy more tickets. Oops sorry I named him!

As always the team are very grateful to sponsors who donate prizes. The George at Roborough are back again with a voucher enabling up to 4 people to enjoy either breakfast or the famous Toby Carvery. Manager Dan and his assistant Bradley are fanatical PAFC supporters along with some of their staff members. If ever you go along to the George you will nearly always meet an Argyle fan having a tasty meal.

The George at Roborough.

Plymouth Comedy has again donated a pair of tickets for their brand new show. If there are any companies, restaurants or theme parks who wish to donate a prize for our half time draw, simply get in touch with the club for details.

Second prize – A £40 voucher for The George Restaurant at Roborough. 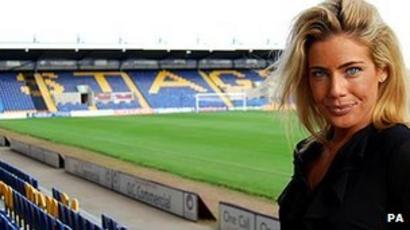 Thanks for supporting the 50/50 lottery. We are now on Twitter @50Argyle

A great win for some lucky bugger that's for sure.
Wednesday 22nd July 2019 - 138 yards on the 5th hole Boringdon Estuary Course.

I still haven’t located a ticket seller in the Mayflower East Grandstand area, Ken.
The prize for Swindon could have been £1,400 if there was a seller there and I may have won it if I’d been able to buy a ticket.
Chap next to me had tickets but he said he bought them in Green Taverners.
Join The Big Green Lottery and support the Argyle Academy

Hi mate look out for the 50/50 seller as soon as you enter the turnstyle between there and the entrance to the grand stand we have a seller on both east and west areas. Good luck young man.
Thanks for supporting the 50/50 lottery. We are now on Twitter @50Argyle

Ok, thanks, Ken.
I will make sure I get tickets tomorrow.
Join The Big Green Lottery and support the Argyle Academy

Thanks as always supporters Uncle Ken and the 50/50 team of jolly sellers
Thanks for supporting the 50/50 lottery. We are now on Twitter @50Argyle

Bubba wrote: Great work by the 50/50 guys as ever, Mr Cowdery must be gutted! One out!

I wonder if it was anyone on Pasoti?

There is no argument to equal a happy smile!

I found him inside the turnstile today, Ken.
Unfortunately, I didn’t win but, at least, I had a go.
Join The Big Green Lottery and support the Argyle Academy

Closest I've ever come to winning!
one off 3rd prize.
Shall be buying again from the supporters bar.

Well done lads glad you all got your 50/50 tickets sorted now as we are getting big cash prizes. you never know it could be you.
Thanks for supporting the 50/50 lottery. We are now on Twitter @50Argyle
Post a reply
Previous Next
11 posts Page 1 of 1
Return to Plymouth Argyle Fans Forum